NIMR and SAMI Teamed On JAIS 4×4 For Saudi Arabia 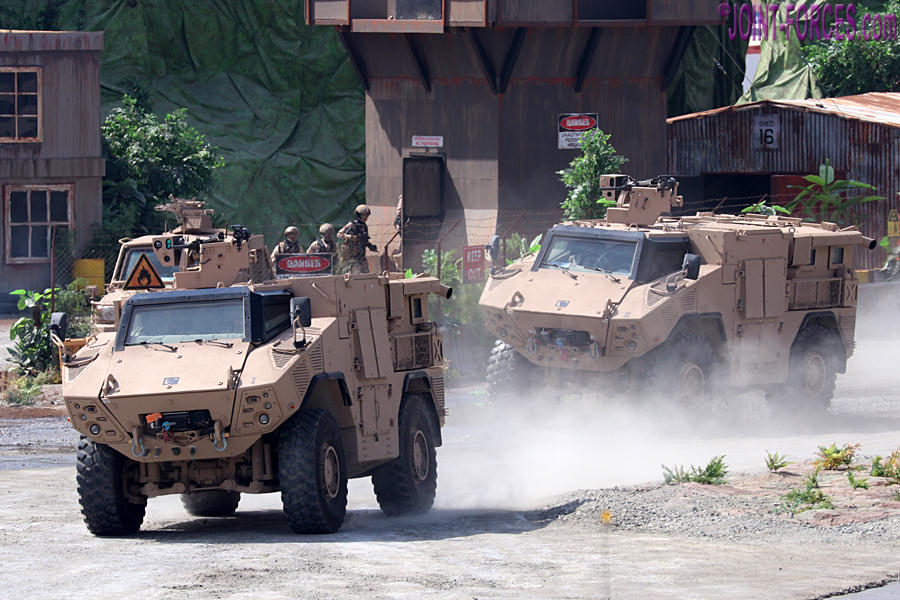 Press Release, Abu Dhabi, 22 February 2021: NIMR, the leading manufacturer of combat-proven wheeled military vehicles, today signed a Teaming Agreement with Saudi Arabian Military Industries (SAMI), a wholly owned subsidiary of the Public Investment Fund, to establish a framework for future collaboration to explore opportunities for the JAIS 4×4 vehicle in Saudi Arabia. The deal was inked on the sidelines of the ongoing International Defence Exhibition and Conference (IDEX 2021) that runs until 25 February at the Abu Dhabi National Exhibition Centre (ADNEC).

His Excellency Staff Major General Pilot Faris Khalaf Al Mazrouei, Chairman of the NIMR Board and Eng. Walid Abukhaled, CEO of SAMI, signed the agreement in the presence of His Excellency Eng. Ahmed A. Alohali, Governor of the General Authorities for Military Industries (GAMI), His Excellency Turki bin Abdullah Al-Dakhil, Ambassador of the Custodian of the Two Holy Mosques to the UAE, His Excellency Faisal Al Bannai, CEO and Managing Director of EDGE, and other leading representatives of the two entities.

NIMR and SAMI have been negotiating the terms of a potential partnership – the Teaming Agreement encapsulates this outcome. Designed to lay the foundation for a long-term joint venture between the two entities, the agreement mandates NIMR to license technology to the Kingdom to enable local manufacture of the JAIS vehicle and develop Saudi Arabia’s supply chain capabilities. The synergy aligns seamlessly with the Saudi Vision 2030 that underlines the country’s commitment to reaching the goal of localising industry and diversifying the economy.

The JAIS 4×4 competed against a range of vehicles in demanding trials arranged by SAMI and conducted by military experts in Saudi Arabia. The exceptional performance of the battle-tested platform in the trials paved the way for new opportunities for the vehicle in Saudi Arabia.

Speaking on the occasion, His Excellency Faisal Al Bannai, CEO and Managing Director of EDGE, said: “Fostering strategic relationships is a key pillar of EDGE’s strategy, and we look forward to building on this commitment with our colleagues at SAMI. This agreement represents the first military collaboration between Saudi Arabia and the UAE and is a major step in boosting the already robust relations between our respective nations.”

Eng. Walid Abukhaled, CEO of SAMI, said: “We are pleased to witness the culmination of our shared efforts over the past year as we ink this agreement to transfer technology and knowledge to Saudi Arabia’s defence manufacturing sector, contributing to the Saudi Vision 2030 objective of localising over 50 percent of the military equipment spending by 2030. SAMI has selected NIMR as its preferred local partner due to its strategic position as a key enabler of the Saudi Vision 2030. This achievement also supports PIF’s efforts through SAMI in localising cutting-edge technology and knowledge, as well as building strategic economic partnerships.”

His Excellency Staff Major General Pilot Faris Khalaf Al Mazrouei, Chairman of the NIMR Board, said: “After a year of discussions, trials and testing, the sense of achievement at signing this strategic deal with SAMI is tremendous. We are honoured that this first-of-its-kind partnership between the two companies marks the beginning of a new era of collaboration in the military sector between the UAE and Saudi Arabia.”

JAIS 4×4 is the next generation of mine resistant, ambush protected (MRAP) vehicles, providing critical balance between firepower, survivability, and mobility for modern, conventional, and asymmetric operations. Crew survivability depends on a ‘crew citadel’ protection system that has demonstrated proven capabilities against mines, improvised explosive devices (IEDs), and ballistic threats.

NIMR is part of the Platforms & Systems cluster within EDGE, an advanced technology group for defence and beyond that ranks among the top 25 military suppliers in the world.