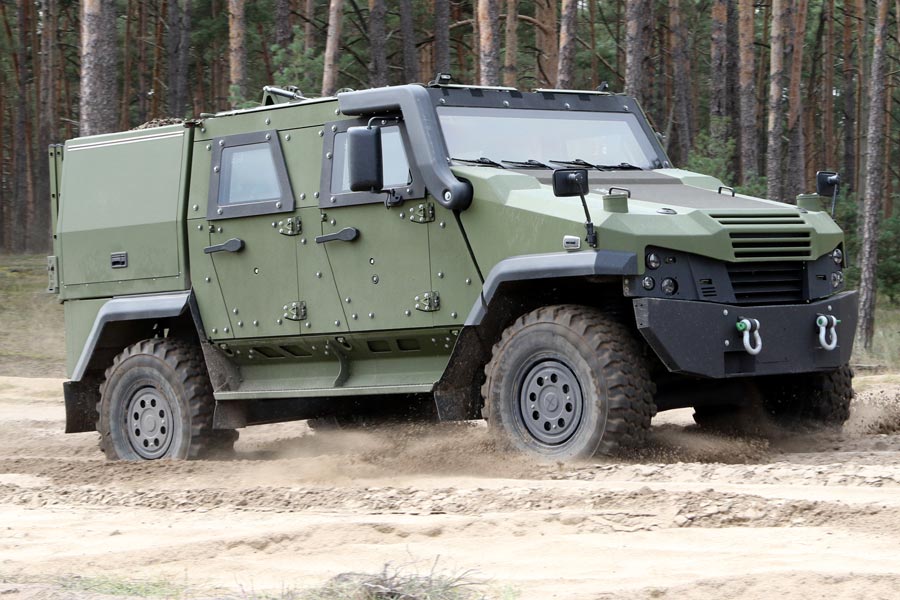 GDELS-Mowag has been awarded a 46 million CHF follow-on order for 56 PATROL and 1 RECCONAISANCE Open EAGLE 4×4 vehicles.

This second order is part of the Armoured Patrol Vehicle (APV) framework agreement, which GDELS-Mowag and DALO signed in June 2017, after the EAGLE 4×4 was selected winner of the APV tender. Deliveries of the 57 vehicles will begin by the End of 2021 and will be completed in 2022.

“We sincerely thank the Danish Ministry of Defence for its continued confidence in our EAGLE 4×4 vehicle platform, engineering, and industrial capabilities,” said Giuseppe Chillari, GDELS Vice President for Wheeled Vehicles and Managing Director of GDELS-Mowag.

“I’m especially proud that Denmark, as a NATO member, is the first nation to order the open top version of our EAGLE 4×4 vehicle. We look forward to delivering the new RECCE Open variant to Denmark for their tests and user trials and we are confident that Denmark will benefit from running a fleet of our vehicles, which is based on a state-of-the-art 4×4 wheeled family concept,” Chillari adds.

About the EAGLE 5: The EAGLE 5 is one of the most advanced and capable 4×4 wheeled armoured vehicles and the top end of the Light Tactical vehicle family. In addition to its high level of protection, the EAGLE 5 has a flexible and highly adaptable super structure and significant payload capacity. The vehicle’s inherent growth potential ensures the ability for future upgrades and technology insertion over the vehicle’s lifetime. In terms of mobility and manoeuvrability, the EAGLE 5, with its efficient all-wheel drive and the De-Dion suspension system, sets the standard in this vehicle class. The EAGLE family of vehicles is a highly successful Light Tactical vehicle family – with more than 1,500 EAGLEs in service worldwide.