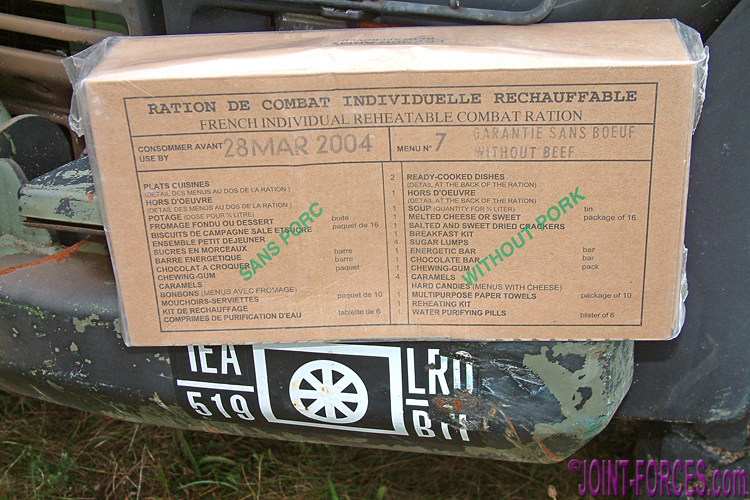 Recently I picked up a current French Individual Exercise Ration (RIE Rechauffable) but before reviewing that one I am looking back at the 24-hour RCIR pack issued circa 2003, writes Bob Morrison.

This article and accompanying illustrations are based on a review I published in late 2008 in the now sadly out-of-print COMBAT & SURVIVAL Magazine as part of the occasional and long-running Marching Ammo series. Fortunately I still have back-up copies of my original images and, as with all my previously published work, I still retain my copyright so I am able to turn the clock back 15 years here to look at what French troops on exercise were eating back then.

In 2003 the French combat ration was everything one would expect from a nation that treats its chefs like national heroes and, as can be seen from the menu variations, the choice of main meal dishes was excellent. We (i.e. the late Yves Debay and myself) picked up these two examples of French 24-hour ration packs during Exercise NORTHERN LIGHT ’03, when 1ère Compagnie of the 21éme Regiment d’Infanterie de Marine (21RIMa) came to Galloway to take part in a multinational amphibious landing; while ashore on this peace-enforcing exercise in September 2003 it was these ration packs that kept the Marines going.

The French Ration de Combat Individuale Rechauffable (RCIR) or Individual Reheatable Combat Ration, was securely packed in a cardboard carton measuring approximately 300x150x70mm (12x6x2.75”) and weighing roughly 1.6kg (3.5lbs). The lid was glued in place and there was a tearaway strip to open the carton, which could then be closed again by the tab and slot method. Wording on the carton was in both French and English, the two working languages of NATO. On the top of the carton could be found lists of contents, and the menu choices were listed on the bottom. The Use By date and Menu Number were stamped on the top.

The two boxes we were given, which had slightly different menu lists on the back, were Menu 7 with a Use By date of 28 March 2004 and Menu 11 with a Use By date of 30 Oct 2003. The former was both stamped GARANTIE SANS BOEUF – WITHOUT BEEF and over printed in green with SANS PORC – WITHOUT PORK. None of either set of fourteen listed menus was vegetarian, and exactly half of the options contained no pork products, to cater for Muslims and those of other religions which forbid eating pig.

Menu 7 with Use by date of March 2004 – this one should have contained lasagne, not salmon[© BM]

The canned main meals in four out of the fourteen menu variations could be eaten cold, but the other ten options were intended to be heated prior to eating to derive maximum benefit. Interestingly, one of our packs contained Salmon with Rice rather than the expected Lasagne.

According to the French Ministry of Defence, each individual ration should provide 3200 calories (kcals) and sustain a soldier on the battlefield for one day. Carbohydrates should account for 55 percent of the calorific value, 13 percent should be protein, and the other 32 percent should be fat. Unit cost for one RCIR, as of 1st January 2004, was 7 Euros.

Each ration pack contained two pre-cooked main meal tins and a tinned starter, usually a pâté, plus either a desert or cream cheese, which was also tinned. The main course containers were like large sardine tins, complete with ring-pull top, and the starter and desert tins also had ring-pulls, thereby doing away with the need for a can opener. The reason for using flat oval tins is quite logical – it is easier to heat a tin shaped like this than the more conventional tall, cylindrical can.

A boxed miniature cooker, complete with six round fuel tablets in a blister pack and a box of safety matches, was included in every ration pack to heat the main meals as well as to boil up water for a brew. A sachet of purifying tablets was also supplied inside the cooker box, as was a pressed metal handle which could be used to lift the hot meal tin off the cooker.

Each carton also contained a pack of sixteen biscuits, half of which were salted and half which were sweet. If cheese was provided, rather than a desert, a pack of boiled sweets was included. Other high energy items included a bar of chocolate, a cereal and fruit bar, and a fruit and glucose bar, plus a box of four caramels. There was also a small pack of chewing gum – five pieces – included.

On the drinks side there was a packet of soup powder, sufficient to mix up a quarter litre, a packet of powdered milk to make a breakfast drink (water should not be heated above 75C) and a packet of chocolate drink powder, plus three individual sachets of powdered coffee. All of these except the soup were packed in a plastic packet along with two sachets of white sugar. Additionally, there were four loose sugar lumps in the ration pack. Finally, a pack of soft tissues was included.

Incidentally, Belgium also uses the French 24-hour RCIR pack and, as Carl picked up one of these for me in 2016 while covering Exercise STORM TIDE III, we will take a look at a 2018 expiry date RCIR to see minor differences since 2003/4 before turning to the current single meal French Individual Exercise Ration. 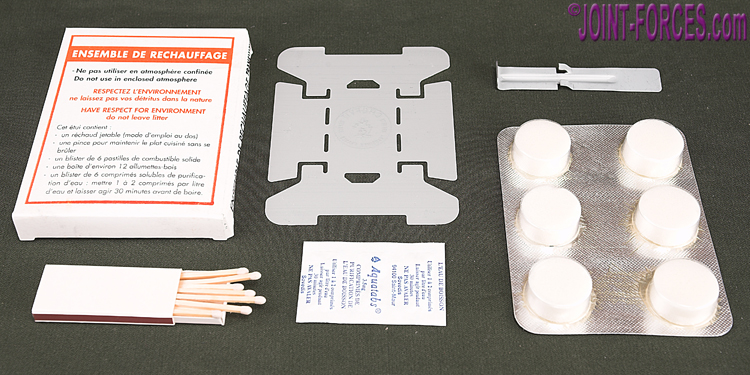 Cooker came in its own box with fuel, matches and purifying tablets [© BM] 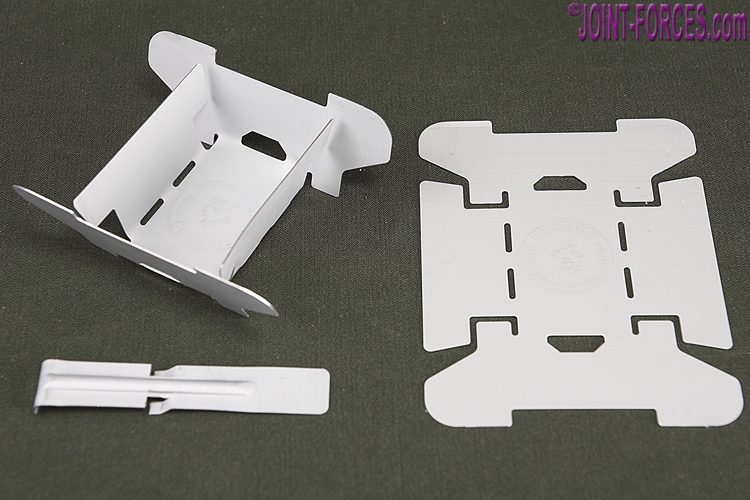 Combat Rations, French Rations, Rations, RCIR
You may also like 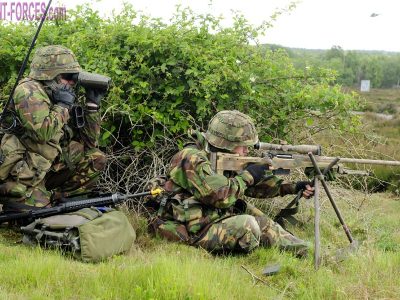 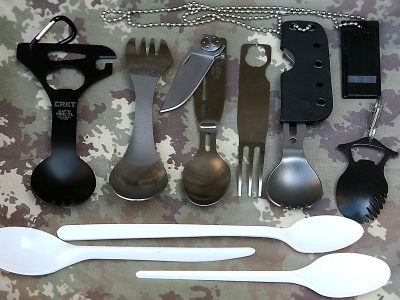 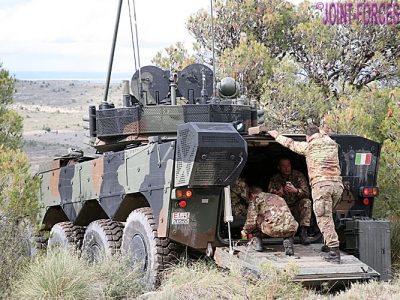