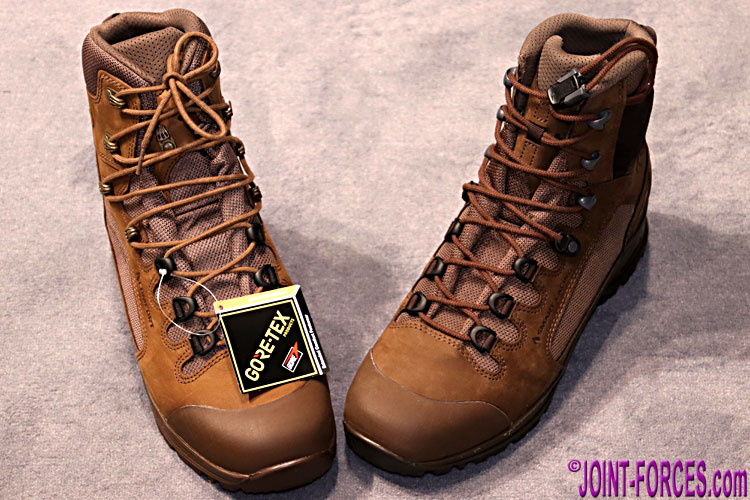 HAIX SCOUT 2.0 on left alongside the original SCOUT [©BM]

The original HAIX SCOUT boot model has proved to be very popular with some NATO armed forces over the last two or three years, particularly a couple of nations who also have peace-enforcement commitments in warmer climes, so one might ask why the company decided to fix a successful product which clearly was not broken.

At the recent MiliPol Paris security and defence expo we were able to talk about latest combat boot developments with the team from the HAIX Bavarian HQ and, after discussing the changes to the SCOUT model, I took examples of both original and version 2.0 boots off the display stand to photograph them side by side for comparison. While several current HAIX military customers have specified a closed lacing system to allow the same combat boot styles issued to Infantry to be worn by their parachute-qualified Quick Reaction and Special Operations personnel, there is also a sizeable requirement for a boot with an open hook fast lacing system and the new SCOUT 2.0 fits this category.

Other than the lacing system differences – i.e. the lace hooks or lace tunnels and the elasticated lace pocket – only the fine detail of the leather uppers in the ankle area is really different, though the colour of leather used on the brown combat boot version is slightly lighter on the SCOUT 2. The same effective, durable and popular a VIBRAM composite sole unit is used on the new model and once again the manufacturer has opted for the Gore-Tex Extended laminate with abrasion-resistant lining and fleece mid layer to give a waterproof and breathable Nubuck leather and textile boot. Although the original closed lacing SCOUT version will eventually cease to be available for private purchase, the model will still be produced for bulk military orders if required. Should you do not like open lace hooks it is still possible to buy the original brown version online, and both black and desert original versions are still available too:-

Tank v Tank: Challenger 2 against the Leclerc
About Post Author