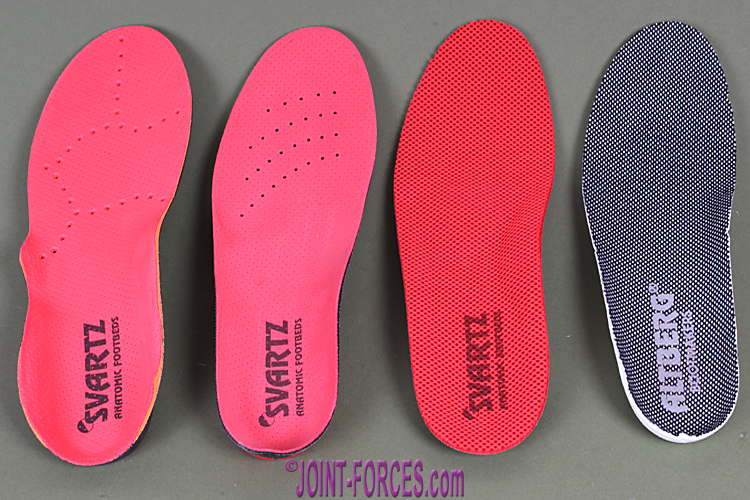 Good footbeds, what many of us might refer to as insoles, both provide additional comfort and help stabilise the foot inside the combat boot to correct gait and reduce strain, writes Bob Morrison.

These days most combat boot manufacturers, and especially those whose products are bought in bulk by the majority of armies JOINT-FORCES works with, supply reasonably good shaped composite construction footbeds as standard. However not only are these middle-of-the-road footbeds, which have to meet a basic specification, designed to both be suitable for all conditions that the boot may face but also they invariably have to be comparatively cheap to avoid the boot being markedly more expensive than the competition during the procurement process.

If a professional soldier in most NATO armies has a specific problem with his or her feet, and especially if this was caused by injury while in training or in service, attempts will usually be made to have the issue corrected. In the past, at times as many as one in three British Army soldiers was given a ‘boot chit’ because issue boots were not quite suitable, but from 2012 the UK MoD has been trying to bring this figure down to about one in seven by introducing alternative boot models in the same category made on different shaped lasts to try to ensure better fitting footwear for the individual.

Another way of correcting foot/boot issues without having to produce specialist fit boots for the individual – something which Yorkshire bootmakers ALTBERG have done for the UK MoD for a great many years – is to supply orthopaedic footbeds or insoles inside standard issue boots.

At one stage ALTBERG were buying in and supplying so many pairs of specialist footbeds, both on the military remedial side and to soldier private purchasers using their factory shop in Richmond, that they decided to create their own range which is produced under licence for them in the EU under the SVARTZ registered brand name. Today three distinct models of SVARTZ footbeds are produced, with each one designed to provide maximum comfort and efficiency under different conditions. Quoting pretty much straight from company literature:-

I have been using SVARTZ footbeds almost since their inception, as not only do I need to look after my feet on medical grounds but I also have spinal and joint problems caused by a combination of being very active when young and subsequently being quite seriously hurt in both a skiing accident and a car crash. As a result of being less active than I was in my teens through to early thirties I now carry a fair bit of excess weight, and the nature of my job means I often also carry quite heavy daysacks and rucksacks as well as spending many hours on my feet, so once I have undertaken initial wear tests on new boots I have been known to slip SVARTZ footbeds into those I take a shine to.

Elsewhere in the Footwear section you might have read my thoughts on one of the new (i.e. 2017 spec) UK MoD Desert Combat High Liability brown boots being supplied by Iturri. Having worn these out in Jordan earlier in the year with the thermometer nudging close to 40C at KASOTC, I knew they would be a good choice for visiting the War & Peace Revival in late July, where the temperature was forecast to possibly reach 37C on two consecutive days, but although these sturdy boots are very comfortable in high temperatures the standard insoles are in my opinion a little thin and I do not find them to be particularly supportive for a fat boy carrying a heavy pack.

My choice of footbed for this particular task was the ANATOMIC ABSORBER, which has three-dimensional arch support and an egg-shaped domed raised area behind the metatarsal heads to reduce pressure on the balls of feet when running and walking. Shock absorption provided by the cushioning is very close to the maximum (Shore A Test 12.5) which makes this a very comfortable insole when carrying a load and the Meshtex top covering, used by ALTBERG in their superb Jungle Boots, is a hard-wearing but breathable material developed specifically for hot and humid conditions.

These ANATOMIC ABSORBER footbeds turned a good boot into, in my opinion, an excellent one for hot weather work while carrying a heavyish (c.15kg) daysack on my back and walking mile after mile. Like all three SVARTZ footbeds, these can be hand washed (read the leaflet that comes with every pair or check the website) but for this specific model it is also possible to machine wash at 30C if they become really grotty – but do NOT tumble dry or dry them out on a radiator as that will kill them!

I have worn all three SVARTZ footbed types at various times, as each has its specific uses: The ANATOMIX LITE, with its Kevlar ORTOPEDIX heel cup and inner arch support cradle, is a good all-rounder and my choice when wearing lightweight boots; the MEMOREX, which has a 2mm layer of memory foam throughout and is well-contoured to cradle the rear half of the foot, is my choice when I have to walk a lot but am not carrying a heavy pack. However no matter which of the three you choose you will certainly notice the difference over most general issue combat boot insoles.

SVARTZ footbeds are not cheap, though they are no more expensive and are sometimes cheaper than many other high quality performance insole brands designed primarily for non-military users, but for a relatively small cash outlay they can make even the best combat boots much more comfortable and more supportive. To buy online, or to compare specifications of the three brands, go to the SVARTZ section of altberg.co.uk 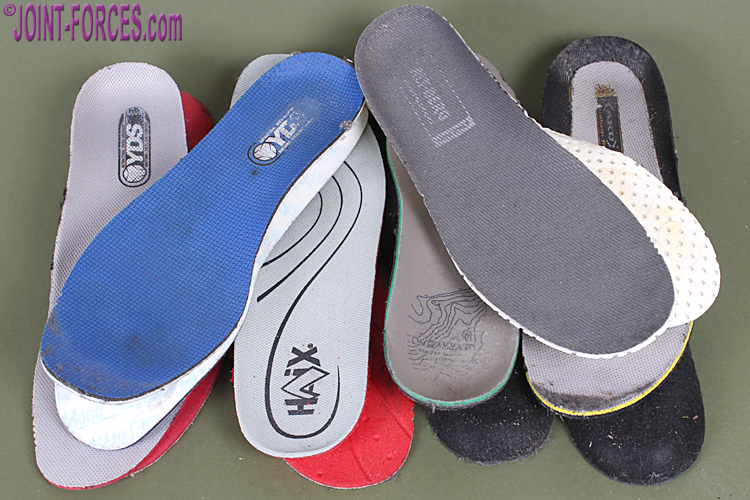