MLR Pt.16 ~ The Lightweight or Airportable 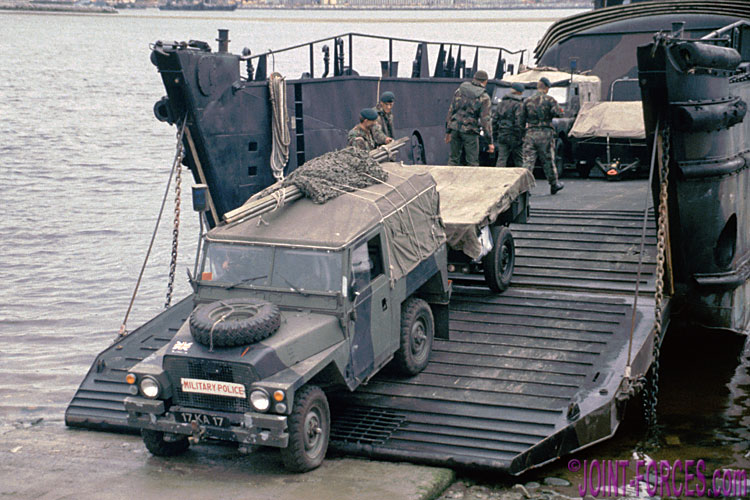 In the 1960s, following the Warsaw Pact raising the Iron Curtain and erecting the Berlin Wall and then the Cuban Missile Crisis taking us to the bring of Armageddon, the Cold War heated up considerably as the NATO nations bolstered their defences. Britain, which started phasing out National Service from 1960 in favour of all-professional Armed Forces, invested large sums of money to equip the modernising British Army and several experimental Land Rover designs were conceived.

The special Airportable variant of the short (88”) wheelbase Land Rover, now more commonly known as the Lightweight was by far the most successful of these designs. The government’s Fighting Vehicle Research and Development Establishment (FVRDE) at Chertsey was the driving force behind military vehicle design, trials and testing in this era, working closely with vehicle manufacturers like Austin, Morris and Rover. When the armed forces had a requirement for a vehicle to undertake a particular task, they would set FVRDE the challenge of finding the solution, rather than going directly out to industry with a draft requirement, as is done today and, dependent on precise requirements, the Chertsey team would produce prototype or experimental designs based on either off-the-shelf vehicles and systems, or from a mix of existing and all-new componentry and technology, before issuing a highly detailed specification for manufacturers to work to.

Seen on exercise in Wales around 1998, I believe this may have been the last Lightweight I photographed in service [©BM]

The simple, bolted, modular construction plus proven durability and mechanical reliability record of the Series II/IIa Land Rover was an ideal base vehicle for most experimental light utility truck-based designs and as a result such eccentricities as a fully amphibious light cargo vehicle, complete with inflatable sausage-like flotation bags, and a hovercraft variant were built and trialled, though neither went into full production. However, it was a much more basic variant from this period, the Lightweight Land Rover, which would eventually see long-term and worldwide service with all three of Britain’s armed services.

The initial Lightweight design evolved from a specific requirement for a vehicle which could be used by Britain’s out-of-area and rapid deployment forces; i.e. predominantly the Royal Marines and the Parachute Regiment. Since the end of WWII the British Empire had been shrinking rapidly and whereas in the past garrisons and bases in almost every region around the globe could be relied upon to provide back-up troops to assist in quelling any uprising or minor invasion of Empire soil, some parts of the Commonwealth were beginning to look extremely isolated so to counter this a means of long range air transportation of both men and materiel was seen as an urgent necessity.

Long distance air transportation of vehicles was expensive in fuel and aircraft of the day were severely limited in the weight of cargo that they could carry so any dead weight that could be saved would increase operating range, plus as space was at a premium inside transport aircraft any width and length savings that could be found would be appreciated. Helicopter lift capability in the 1960s had also reached the stage where is was just about possible to undersling a light vehicle for use by rapid insertion heliborne troops, so this factor was also taken into account when the FVRDE team sat down with Rover’s designers in 1964 to look at future requirements for the next light utility vehicle for the British Army and the Royal Marines.

The KA registration shows it entered service in 1982 [©BM]

On the naval side even comparatively large ships such as assault carriers suffered from stowage constrictions, and every cubic foot that could be saved left more room for supplies and personnel. It was noted that if a slightly narrower version of the Land Rover could be manufactured, it could be shoehorned into even the smallest of Royal Navy landing craft which would allow small teams of Royal Marines specialists to go ashore with their own vehicle on even the most cramped of landing beaches, without waiting for the heavily loaded larger landing craft to come ashore.

By 1967 early feasibility studies and experiments had matured into the final trials vehicle and, after trials, a bulk order was placed the following year with first examples entering mass service in 1969. To meet the specified weight and dimensional requirements, the design team had pared down every oversized part of the vehicle and discarded anything heavy that was surplus to requirements. Little could be done away with on the rolling chassis, but by shortening the frame and making a simplified and removable front bumper, minor weight savings could be achieved. Removal of the canopy and its support frame, plus doors and tailgate initially brought the body weight down slightly, but even then the Land Rover was still far too heavy for the desired helicopter transportation weight of 1135 kg (2500 lb). However, by greatly simplifying all body components, and making the upper portions of the rear body removable, the team eventually brought the weight down to a slightly more acceptable 1198kg (2640 lb).

The new simplified, slab-sided rear body design gave a width reduction of about 150mm (6 inches), but this would have left the ends of the standard axles protruding outside the dimensional envelope, so track was reduced slightly to avoid this problem. A narrower front bulkhead was produced to match the body width and the new front wings were little more than angular wheel-boxes with a flat upper surface. A simple, deep cross-section, angular, one-piece bonnet was designed to compensate for the new lower front wings. Overall width, when stripped down for transportation, was now just 1524mm or 60 inches.

An RAF Lightweight snapped around 1986 – note the hard top [©BM]

Changes in lighting regulations shortly after the first batch of Lightweights entered service dictated that future headlight positioning would have to be in the wings rather than set into the radiator grille like the standard Series IIa Land Rovers, but other than this and the upgrades introduced with the Series III in 1971 there was little change in design of the Lightweight until it was replaced on the production line by the coil sprung Ninety model in the mid-1980s. The last Lightweights were scheduled for withdrawal from service by 31st December 1997, with the Wolf 90 replacing them, but a fair number soldiered on until well into the following year with units who had not yet received their full quota of replacements. Even as recently as December 1999 though, reports were still coming in of odd survivors lurking in far-flung corners and of a handful being kept on reserve by specialist users.

By the time that I started seriously documenting military Land Rovers around 1983 production of the Lightweight was drawing to a close and virtually all of the original pre-lighting regulation change batch had been cast. However over the next fifteen or so years I had many opportunities to photograph this interesting vehicle in military service and a few of these images are included here; as this was before the introduction of the digital camera most are scanned from old slides or negatives so quality is not always the best I’m afraid.

The last ex-military Land Rover that I owned was actually a Lightweight, which came in very handy after a divorce as new girlfriends loved being driven around the Devonshire coast and countryside in summer with the canopy and doors off – but that is another story. Happy days! 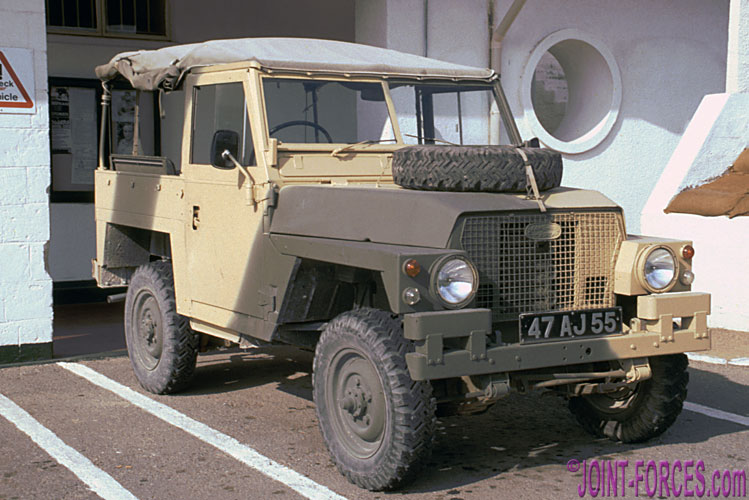 Cyprus again, here outside the Eastern SBA guardroom in late 1993 – plate is RAF but vehicle was used by Army [©BM] 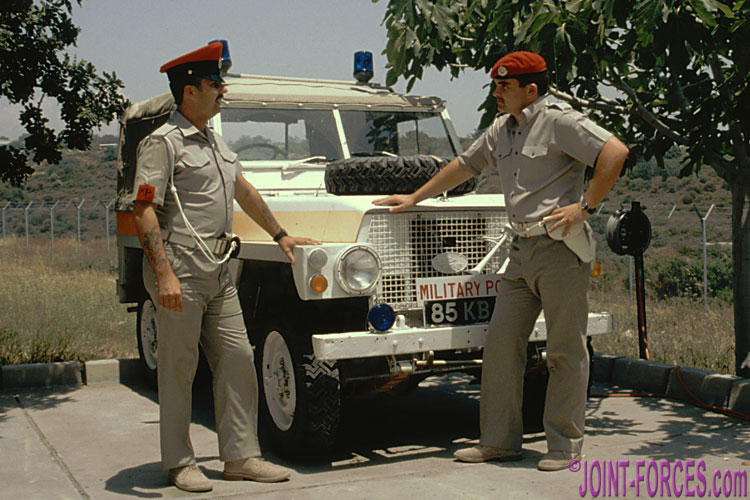 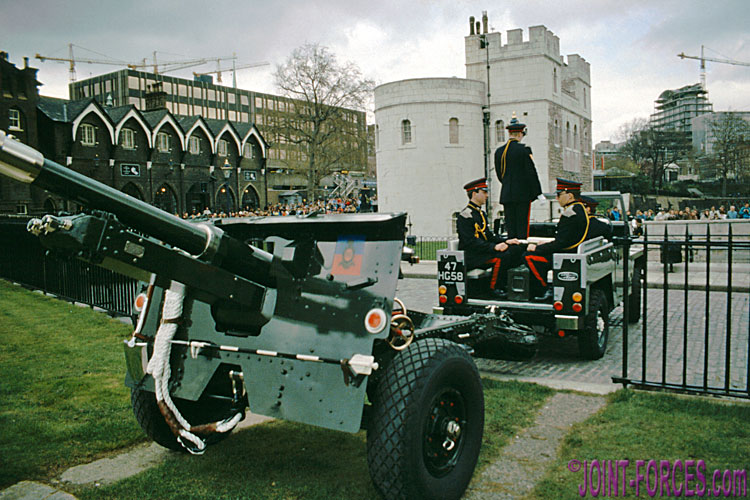 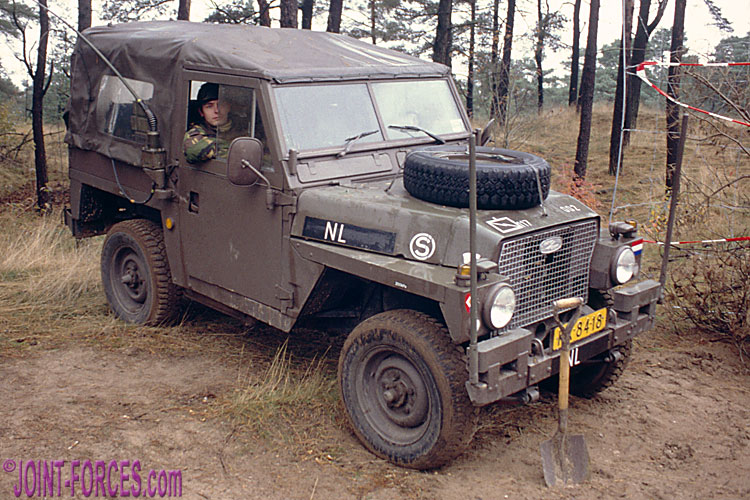 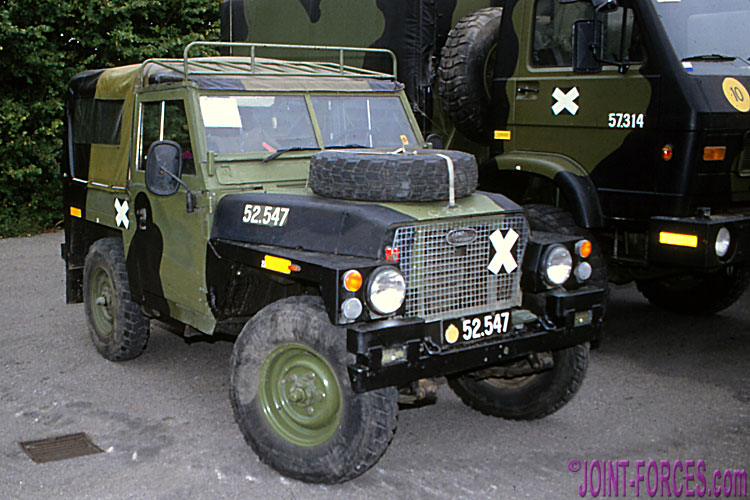 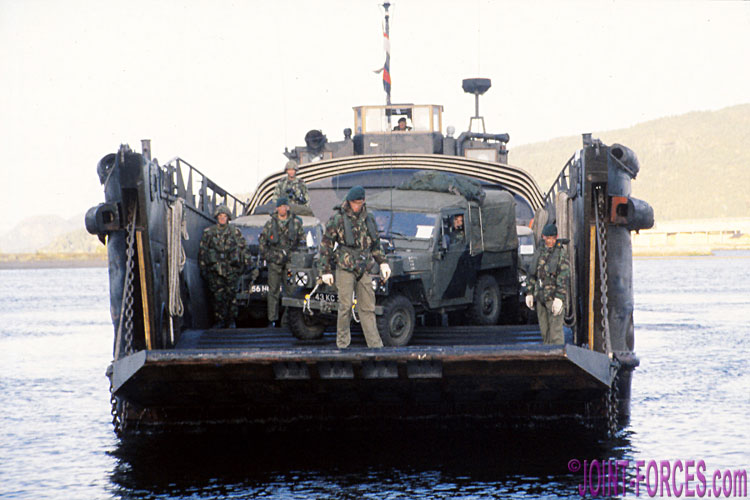