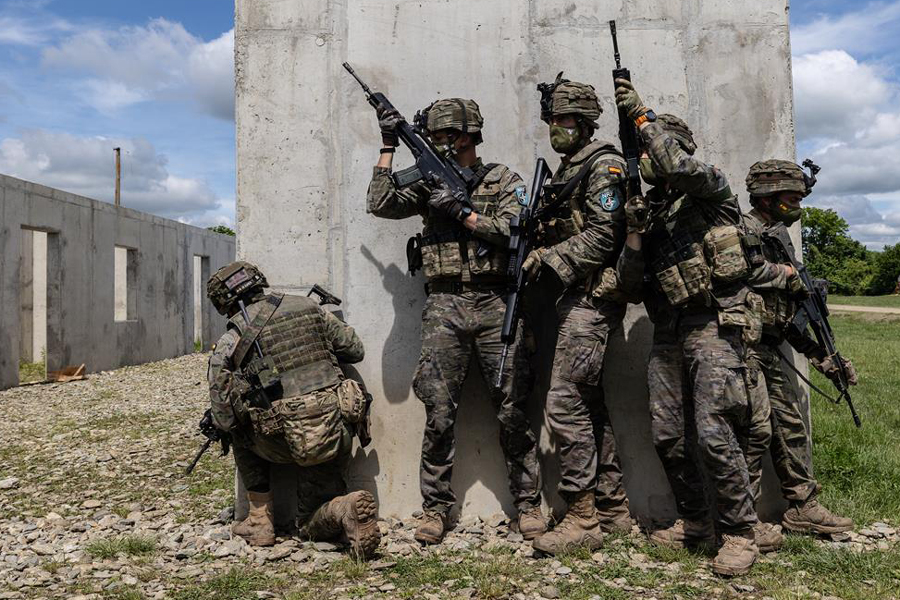 How do NATO Allies make sure that they’ll work smoothly together if they were to operate in a city? By training together on STEADFAST DEFENDER.

During Exercise STEADFAST DEFENDER 2021, Italian, Romanian and Spanish troops worked shoulder-to-shoulder on a training course specifically built to simulate the close quarters of urban environments. Working across language barriers and exchanging tactics, the soldiers learned how to clear rooms and cover each other while navigating the course.

STEADFAST DEFENDER 2021 was a large-scale NATO exercise, designed to ensure that NATO forces are trained, able to operate together and ready to respond to any threat from any direction, with over 9,000 participants from more than 20 NATO Allies and partners.

Prior to filming earlier this year, NATO videographers tested negative for COVID-19, allowing them to operate in a bubble alongside the soldiers taking part, who had quarantined prior to deployment. This recently released NATO Multimedia footage includes shots of Romanian, Italian and Spanish troops participating in urban operations training.

“Urban operations techniques are especially used in fighting terrorism and for hostage situations.”

“Today we trained with Allies from Italy and Spain. I believe that this joint training from Spain, Italy and Romania is a benefit for us because we observed the techniques and tactics used by everyone.”

“In my opinion, the most important thing is communication between soldiers. Without that, everything on the battlefield can fall apart.”