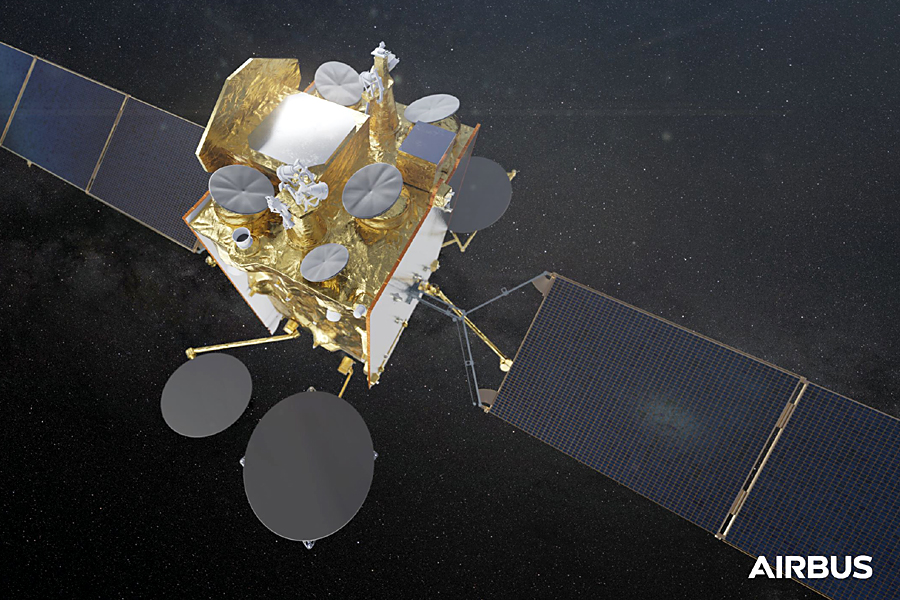 Press Release, Paris, 04 March 2020: Within the Syracuse IV programme, Airbus has been awarded a 10-year framework agreement called Copernicus for the construction and upgrading of part of the ground segment for the telecommunications satellites used by the French Armed Forces. As part of Copernicus, the French Directorate General of Armaments (DGA) has placed an initial order worth more than € 100 million.

Dominique Maudet, Head of French Defence Sales at Airbus Defence and Space said: “We are building the future broadband and multi-satellite ground segment for France’s Armed Forces. It will be fully integrated, intelligent and dynamic, giving operators access to a decision-making tool unique to satellite communications management.”

This first order specifically covers the development of the future satellite communications management system for the French Ministry of Defence. This unique portal called Pegasus, accessible to all units, will enable the French Armed Forces to optimise use of the available capacities on military and commercial satellites. It will make it possible to coordinate requests entered by central military staff or any unit deployed on the ground, at sea or in the air. Allocation of satellite capacities will be optimised in terms of operational criteria completed by the units, such as the type of terminals used, ground cover, level of cyber security, jamming resistance, as well as the need for availability.

The Copernicus project also aims to increase the operability of Comcept, the multi-satellite communications network designed by Airbus and commissioned by the French armed forces in 2017. Comcept uses the broadband Ka-band transmission capacities of the Franco-Italian military satellite ATHENA-FINDUS, in addition to the Ku- and C-band capacities of commercial satellites. Thanks to these developments, Comcept will also be able to use the high-speed Ka-band of future satellites SYRACUSE 4A and 4B.

Different elements of the SYRACUSE IV programme’s future ground segment and the Pegasus portal will enable the French armed forces to use the entire spectrum of satellite capacities efficiently and dynamically, from the most secure and resilient to the high-speed and wide coverage capacities, in all areas of operations.