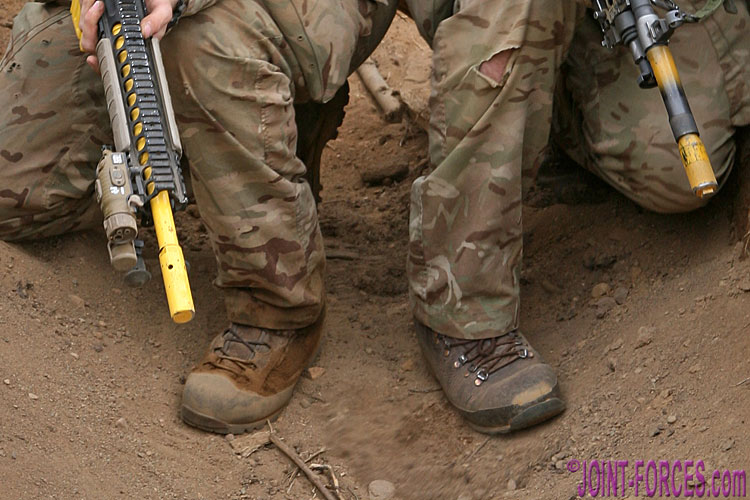 These days the issue British Army combat boot, of which there are several different types, is brown not black and of the most modern design -

Over the last decade or so it has been noticeable that the Combat Boot is one of the most popular topics for the type of person this webite is primarily aimed at so, having penned a fair few print articles on this topic in the past, it seemed only logical to republish in web format.

Those who know me well often tease me about my perceived fascination with combat boots, some even calling me the Imelda Marcos of the military footwear world, but it all flows over me like water off an otter’s back. After driving ambulances during WWII my mother trained as a chiropodist, quite an unusual profession for a woman in the late 1940s, and from an early age she repeatedly told me, pointing at my plates, “The Lord put those feet on this Earth as a reminder” there were some challenges even she would be unable to deal with; good footwear is therefore something I have always gone out of my way to source.

As and when time permits I plan to republish my scribbles on and snaps of a wide range of combat and patrol boots to allow viewers to compare for themselves. Footwear comfort is a very subjective thing, hence why so many soldiers and emergency services personnel willingly spent a couple of hundred pounds or more of their own hard-earned cash on a pair of boots even when free footwear is on issue, so don’t expect me to tell you which boots you should buy. My only aim is to inform.

This Footwear Archive sub-section will be gradually expanded over the next few weeks. 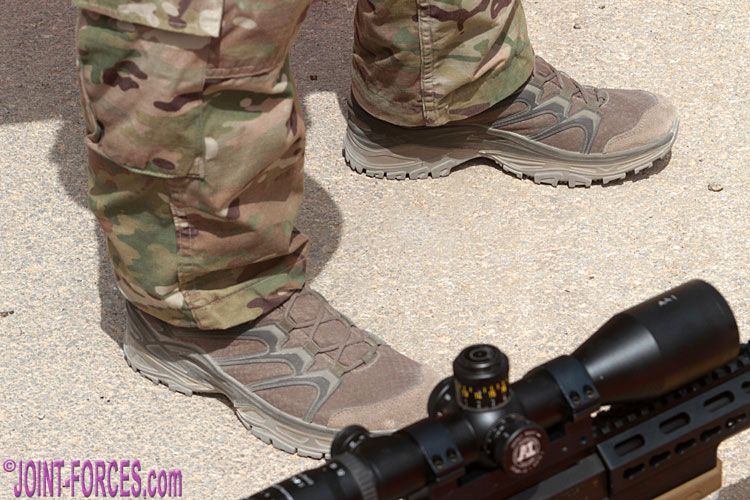 Latest generation LOWA Innox lightweight boots on the feet of a Ukrainian SpecOps sniper at KASOTC in Jordan during 10th Annual Warrior Competition, May 2018 [© Bob Morrison] 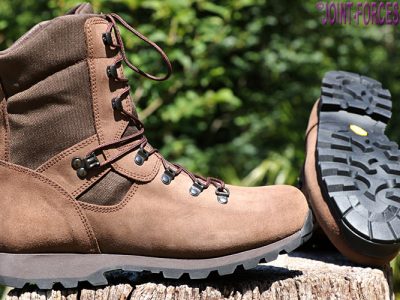 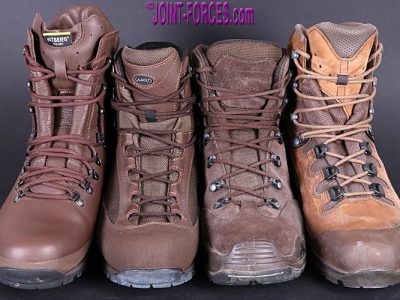 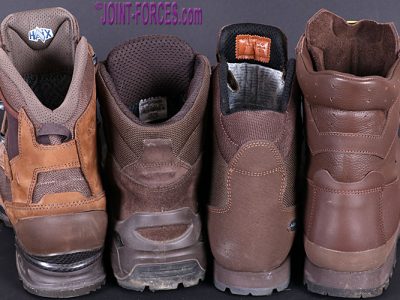