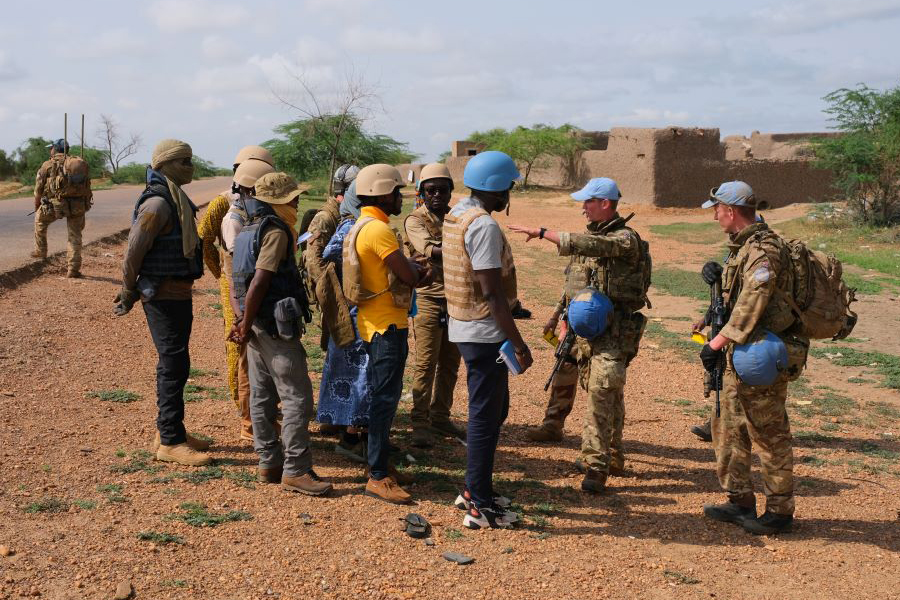 UK troops deployed in Mali under the UN peacekeeping mission have assisted with a human rights investigation into a massacre of civilians.

Press Release, Whitehall, 20 September 2021: Scores of gunmen attacked a number of villages on 8 August around Outtagouna, close to the Niger and Burkina Faso borders in the south-east of the country, leaving dozens of people dead. Armed groups aligned to Da’esh and al-Qaeda are known to operate in the region.

In the hours after the killings, reports of the massacre started to reach the British contingent to the UN mission in Mali (MINUSMA) at their base in Gao, 150km to the north. Drawn from 2nd Battalion the Royal Anglian Regiment and the Queen’s Dragoon Guards, the Long Range Reconnaissance Group (LRRG) provides a highly specialised capability to reach remote areas by travelling long distances across difficult terrain.

MINUSMA’s Force Commander Lt Gen Dennis Gyllensporre tasked the LRRG to bring forward planned operations and launch immediately to the area in their specially designed off-road desert vehicles, with the 250-strong UK Task Group arriving at the scene less than 36 hours after the attacks.

The troops immediately secured the villages, providing protection from further attack and allowing a special UN Human Rights team to interview locals and collect physical evidence left by the attackers. Due to their rapid arrival, the LRRG were able to provide critical information to support the UN investigation, which will aim to help bring the perpetrators to justice. The UK personnel were also able to use their human security training to engage with all sections of the local population to understand the situation and provide reassurance, with female peacekeepers engaging with local women.

Armed Forces Minister James Heappey said: “The loss of so many innocent lives is a terrible tragedy. This horrific event is a sad reminder of why UK troops are deployed to this difficult and dangerous UN peacekeeping mission.

“The UK Task Force’s swift reaction assisted the UN Human Rights Officers to collect vital information about the massacre that might one day see violent extremists held accountable for their crimes, while also providing a measure of security to these traumatised communities in the wake of this disaster.”

The LRRG’s uniquely specialised ability to not only deploy at great distances but also stay out on the ground for long periods, meant they were able to remain at the scene for three weeks, enabling the UN to not only investigate the massacre but also protect the villages from further attack.

Following the return of the UN investigators, the Task Group continued patrolling the area at night and flew unarmed Intelligence, Surveillance, and Reconnaissance (ISR) drones over the villages to deter and guard against any further attacks on civilians. Furthermore, due to the continued security they provided, a field mission from the UN Civil Affairs Division was able to travel to the area, allowing MINUSMA’s community liaison officers to access villages not visited for several years.

LRRG Commanding Officer Lt Col Will Meddings said: “Given the size of the sector we operate in, it is impossible for MINUSMA to be everywhere, all the time.

“However, this operation clearly demonstrated the versatility and wide range of capabilities the British Army brings to the UN mission, deploying rapidly to remote areas to protect towns, respond to attacks on civilians and enable the UN’s civilian teams to do their work.”

The LRRG have been operational in Mali for nine months, after deploying in December 2020. In that time, the Task Group has pushed out into areas where peacekeepers have not previously had a presence, enabling the UN to protect civilians, gather intelligence and facilitate the delivery of humanitarian assistance to remote communities that would previously have been unreachable.

In May 2020, in the first operation of its kind by UN forces in the country, they seized a cache of weapons hidden by suspected Da’esh militants who had been threatening local communities.

¤ As can be seen from the main body of the release, the LRRG deployed in response on or around 10th August but it took MoD until 20th September to break the ‘news’. ’nuff said? 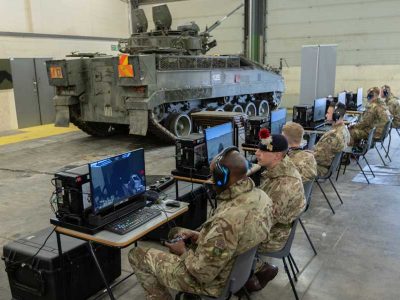 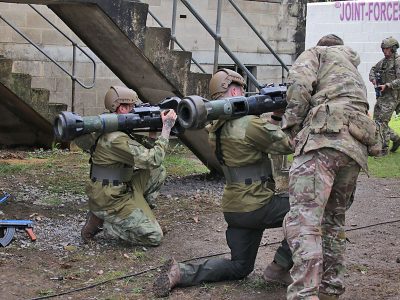