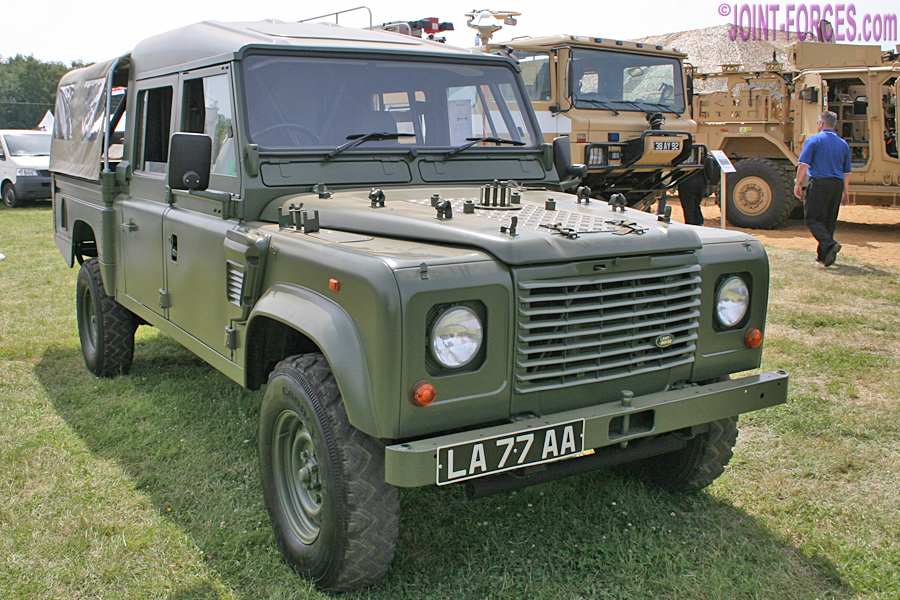 The UK Forces Land Rover Battlefield Ambulance fleet of around 800 vehicles ~ I have identified 816 different examples in total from an MoD FOI list ~ was ordered in January 1996 at the same time as the roughly 8,000 Wolf 90 and Wolf 110 models. Known as Project PULSE by Land Rover, to differentiate it from Project WOLF, this ambulance requirement was conceived at a time when potential enemies were presumed to be state actors who would mostly abide by the Geneva Convention and non-conventional opponents who would both ignore Red Cross (or Red Crescent) markings and make widespread use of the IED (Improvised Explosive Device) had not really surfaced; the failed campaigns in Afghanistan and Iraq would soon see that change, though specialist armoured battlefield ambulances were never procured in large enough quantities for the now near 25 year old Pulse to be replaced.

Towards the end of the first decade of the current century / millennium the now mostly privatised Defence Support Group or DSG, created out of the Army Base Repair Organisation (ABRO) and the Defence Aviation Repair Agency (DARA) in 2008, was scrabbling around for work to keep its primarily civilian workshop personnel busy and a number of what could be described as ‘work creation scheme’ project studies were instigated. Project HEBE was one of these, in which it was proposed that ambulance body hampers would be replaced with mostly off-the-shelf components plus new cab roofs and a new internal ROPS (Roll-Over Protection System) kit, designed for the Wolf fleet under Project REMUS, to create four-man pick-up trucks.

At the time it was stated by the MoD that possible roles for HEBE (named after Greek Goddess of Youth) were Mortar Section Vehicle, presumably primarily for 3 Commando and 16 Air Assault Brigades, and Convoy Escort Vehicle. Four crew could be transported in the double cab and 800kg of payload could be carried in the rear cargo compartment. This idea made sense to some extent for the Royal Marines and the Paratroopers of these two brigades, who in the main used long wheelbase Land Rovers and some Pinzgauers which both only had two forward-facing seats and quite cramped rear cargo beds, but even back then it was hard to see much of a need for many unprotected convoy vehicles so where the much bandied at the time figure of 500 conversions came from is hard to figure out (unless, possibly, you are a cynic who believes government work creation / job preservation schemes often seem to raise their head in the run-up to elections).

One of the Project HEBE prototypes, of which I believe from an Unclassified MoD registrations listing that there were three, was presented at the DVD 2010 expo by the Light Logistic Vehicles (LLV) team of the DE&S General Support Vehicles Integrated Project Team (GSV IPT). Bearing the registration LV77AA, this vehicle originally entered service as a Battlefield Ambulance on 28th January 1998, but when the FOI (Freedom Of Information Act) listing was made available in 2015 its official designation had been changed from AMBULANCE 4X4 4 STRETCHER HS LAND ROVER 2.5 LTR TURBO DSL to TRUCK UTY MED (HS) 4X4 GS HARD TOP LAND ROVER 130 2.5 LTR TURBO DSL DOUBLE CAB PICK UP (DCPU).

There was another quite similar vehicle displayed at DVD 2010, on Land Rover’s stand, but this was a brand new vehicle described by the company as a DEFENDER 130 Double Cabin High-Capacity Pick Up. As was obvious by the bulged bonnet, this demonstrator had the then current 2.4 litre turbo charged common-rail diesel engine developing 90kw and it was fitted with a six-speed manual transmission with hi-lo transfer box; it had standard Core Model military fittings, including ROPS and a GRP hard top. One wonders, bearing in mind just how labour intensive converting an already twelve year old vehicle using stock components can be when compared to manufacturing a standard vehicle on the production line, if Her Majesty’s Government would actually have saved any money in the long run or if they would have been better off disposing a surplus ambulance model which has always commanded high prices on the civilian market as it makes a great expedition vehicle or camper.

Although I have spotted the occasional HEBE on the road around Salisbury Plain, and a few years back saw a small batch in open air storage at Colchester, I do not think I have actually had the chance to photograph any of the converted batch (prototype excepted) in the field. Of course partly this is down to the MoD policy of restricting media access to the UK training areas unless it wishes to spin a specific story or propaganda campaign to the masses; a typical case of the latter being them recently inviting select mainstream media representatives onto a destroyer and then sailing it very close to Russia’s traditional Black Sea fleet naval base at Sevastopol while trying to convince Parliament it needs funding for more ships.

However I suspect the primary reason I have not been able to photograph HEBE is that far from 500 being converted, possibly only a couple of dozen actually were. In the autumn of 2011 the Defence Support Group ran a story in its in-house publication stating that DSC Colchester workshops, which had previously completed two HEBE vehicle prototypes, had completed and delivered an additional six of these DCPU conversions to BATLSK (British Army Training Liaison Staff Kenya) for operational training use. Interestingly, as seen in a photo in which three were visible, these had soft top cabs even the though article stated: “The vehicle conversion included fitment of an internal roll over protection system, rear hood and Wolf style raised hard top”. Curiously, this very same article also stated: “Donor vehicles provide obsolete parts and other fixtures and fittings. Using the donors results in cost savings as there is no necessity to procure or manufacture replacement parts. The BATLSK requirements required minor adjustments to the original HEBE prototypes, including the fitting of custom made soft tops with added protective padding.”

According to a sub-list I have created of all known HEBE / HCPU registrations, the six vehicles destined for Kenya were: KY57AA, KZ53AA, KZ66AA, LA40AA, LA74AA and LA96AA. Their designation is slightly different from the prototype and is listed as being TRUCK UTY MED (HS) 4X4 GS ST LAND ROVER 130 2.5 LTR TURBO DSL (DCPU) ~ the ST standing for Soft Top. One of the six, KZ66AA, was cast as accident-damaged and returned to the UK for disposal through Witham SV in 2020. This example, which left DSC painted white, had been crudely resprayed green, black and orange-red over a sand base coat but the white paint job underneath could just be determined… and it was definitely a soft top!

In addition to the three prototypes ~ HE88AA , LA77AA & LB49AA ~ plus the six BATLSK soft tops, a batch of 13 more HEBE variants was definitely converted. These all have RZ**AB registrations and are designated Landrover [sic] Defender 130 DOUBLE CAB on the MoD listing. I suspect it is these which I have caught fleeting glimpses of around Salisbury Plain. Maybe one day MoD will again start allowing the specialist defence media free access to the military training areas and troops on exercise, when live firing is not happening of course, but I suspect this is probably unlikely to happen before the controversies over the much-delayed AJAX, the stalled JLTV and the cancelled Warrior Upgrade procurements die down. 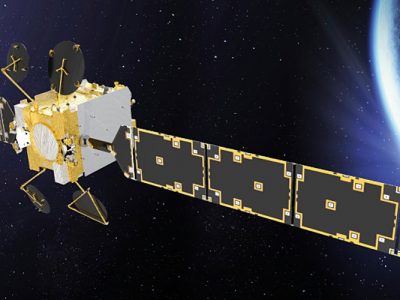 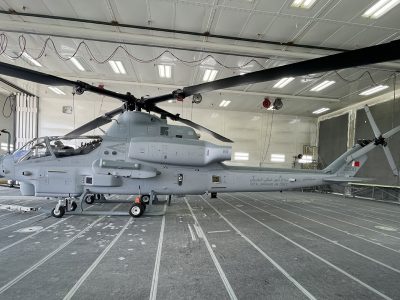