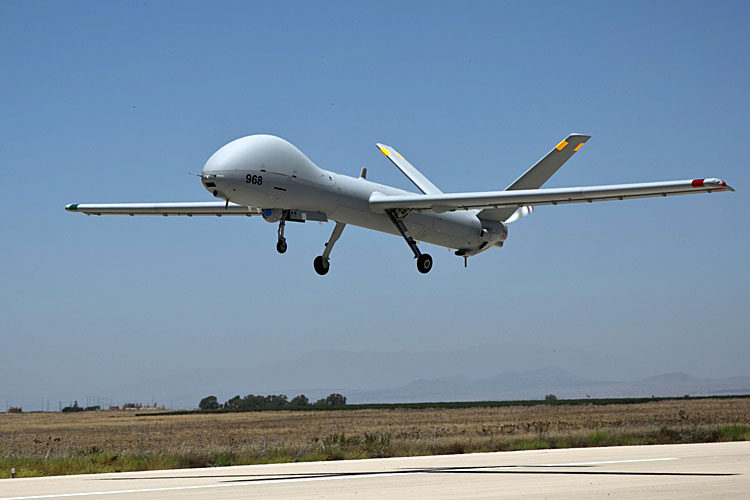 Elbit Systems has been awarded $20 million in contracts to upgrade its HERMES 900 UAS (Unmanned Aircraft Systems) for Latin American Customers.

Press Release, Haifa, 12 April 2020: Elbit Systems Ltd. announced today that it was awarded two contracts valued at a total of approximately $20 million from Latin American customers to upgrade the capabilities of their HERMES 900 Unmanned Aircraft Systems (UAS). Both contracts will be performed within a 12-month period.

Under the contracts, the Company will integrate satellite communication systems and automatic take-off and landing systems into the HERMES 900 UAS that the customers are already operating. This upgrade will advance these Medium Altitude Long Endurance (MALE) UAS to the latest configuration, enabling extension of the operational range to more than 1000km and performing the take-off and landing autonomously and independent of GPS reception.

Since its début 10 years ago, the HERMES 900 UAS was selected by numerous customers across four continents, performing a wide range of missions in the fields of Intelligence Surveillance Target Acquisition and Reconnaissance (ISTAR), homeland security and maritime search and rescue.