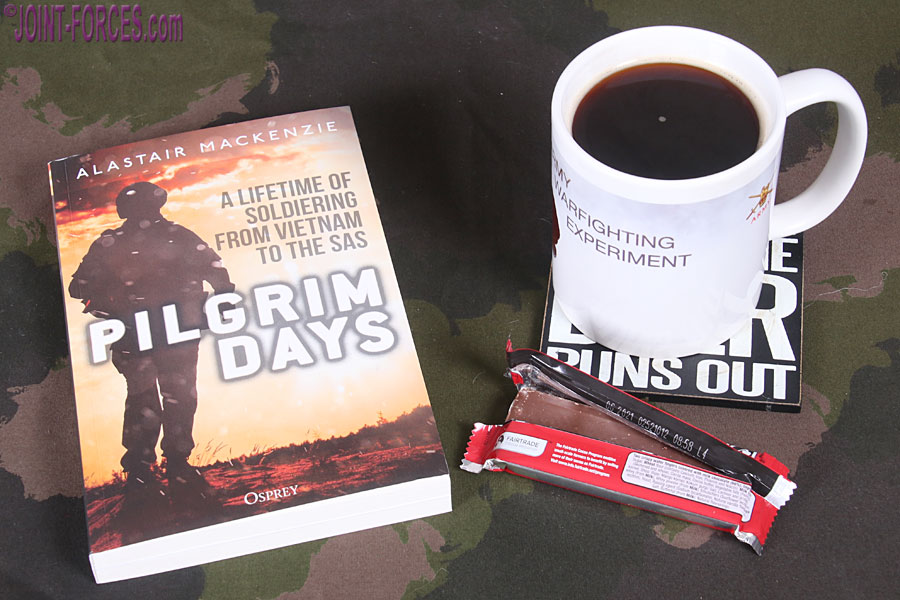 First published in hardback in April 2019, and currently out of print in that format, PILGRIM DAYS by Alastair MacKenzie is now out in paperback.

We reviewed the original hardback version of PILGRIM DAYS on its release and it does not really make sense to go over the same ground here, as other than a small increase in pagination caused by the change in format the paperback version appears unchanged, but clicking the following link should take you to our review page:-

This really is a fascinating account of one man’s military career, which saw him soldiering on five continents with Infantry, Airborne and Special Forces service in New Zealand, Vietnam, Ulster, Belize, Hong Kong, Angola and Oman. As if that’s not enough, on his return from the Arabian Peninsula the author joined the Territorial Army and served ten more years before retiring as a lieutenant colonel.

Both Paperback and eBook versions of Pilgrim Days are now available to purchase online from ospreypublishing.com/pilgrim-days