THE ELITE by Leigh Neville 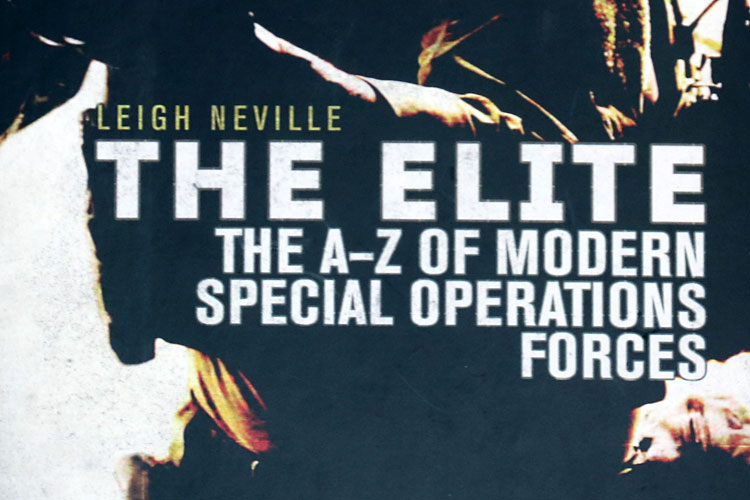 THE ELITE is a 368-page, large format, compendium of units and their specialist kit and tactics

Subtitled ‘The A-Z of Modern Special Operations Forces‘ THE ELITE is a 368-page, large format, compendium of units and their specialist kit and tactics, writes Bob Morrison.

It has been a long time since their was a decent coffee table sized SpecOps reference source like this, which is possibly a little surprising bearing in mind just how much action there has been in this field in the first two decades of this millennium, and fortunately Australian author Leigh Neville has now done the subject justice.

In the past some of the big UK and US packaging houses just kept churning out pretty much the same photos and stories of the same few ‘big seller’ mainstream units until even the cut-price bookshop chains seemed to get bored with the subject. The publishers, Osprey, have not fallen into this trap and Leigh has been able to source plenty of fresh official government and big name news agency images to illustrate his well-researched text. Of course some of the subject units are very camera shy, so truly comprehensive photo coverage has not been possible, and there are a few shots in there which have been seen many times before but are necessary if the story is to be properly told. However I reckon the vast majority of the illustrations, like the shot said to be of a UKSF Bushmaster in Syria last December or the photo of Russian Spetsnaz during the seizure of a Ukrainian airbase in 2014 to single out just two, will be new to many readers.

Between the hardback covers this book is broken down into: a five-page Introduction; a 192-page chapter covering over 80 Units, both SpecOps and Special Forces; a 40-page chapter covering 28 of the most favoured Weapons; an 18-page chapter on Equipment; 22 pages of Vehicles, including rotary wing; 26 pages on Tactics; 42 pages covering a dozen major Operations; and several useful pages of Acronyms plus an Index. All in all this is a very neat package.

Published internationally by Osprey on Thursday just gone, THE ELITE has a cover price of £30.00 or $40US or $54CAN. Definitely recommended, not least because of its breadth of coverage of very active SpecOps / SF units from some countries that seldom receive mainstream attention.