The latest photobook from TANKOGRAD Publishing to arrive at JF for review is not only a British truck title but was compiled and authored by our own Carl Schulze.

The TANKOGRAD brand, for those unaware, is a German publishing house launched a little over 20 years ago which produces heavily illustrated pictorial books on military vehicles in both German and English languages. It started off with a photocopied gazette which soon evolved into a quarterly German language magazine, MILITÄRFAHRZEUG, but then branched out into the TANKOGRAD series of card covered photobooks.

The original idea of publisher Jochen Vollert was to concentrate on the more unusual, or less popular, subjects that major publishing houses shunned as they were unable to make a speedy enough, or even sufficient, profit. To quote Jochen: “While many of our competitors in the market go mainstream with ‘Tigers’ and ‘Panthers’ only, we go for those titles left behind [in] the background…”

The 27th title in the British Specials 9000-series, FV620 Stalwart is 68-pages thick (with covers) and contains 140 photographs and illustrations of the Cold War era 6×6 high mobility load carrier built by Alvis which served the British Army for three decades. Like most TANKOGRAD photobooks it commences with ten tightly typed pages, German in one column and English in the other, on the history and development of the vehicle before changing layout to bring two, or occasionally three, heavily captioned images per page.

Carl has a reputation for going into great depths on subjects he covers, so it was no surprise to find a concluding section of four more pages of text on the technology of the Stalwart followed by manufacturer illustrations and a number of smaller detail shots. The book contains some excellent contemporary images taken by a number of specialist photographers working in the late 1980s and early 1990s, including two of the other ‘Three Mustgetbeers’ who sadly are no longer with us – my late friends Yves ‘The Laughing Frog‘ Debay and Michael ‘The Hanoverian Bear‘ Jerchel – as well as earlier archive photos of prototypes and early production examples.

To see the full list of TANKOGRAD titles check out tankograd.com and to buy online in the UK go to bookworldws.co.uk. This is a fascinating compilation, beautifully researched. 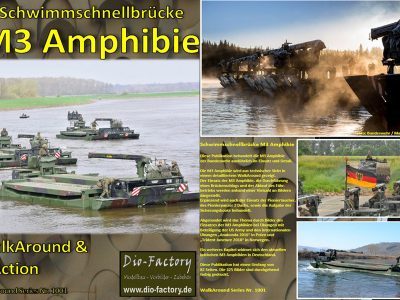